One of the activities that every amateur should run it on your telescope, to take advantage of a powerful tool, It is the collimation of the optical. To do this, there are several techniques, that exploit various devices, like a needle pierced the door or a collimator Cheshire or Autocollimator or through the Star Test, or by using a laser collimator.
The latter type of collimator, Positioned in the focuser instead of the eyepiece and uses a laser beam, before rebounding on the secondary mirror, then again on the primary and on the secondary, It allows to adjust the inclination of the mirrors, in such a way that the return beam result exactly superimposed to the starting radius. When this happens the optics are exactly orthogonal to each other and the collimation has been reached.

The laser collimator therefore allows a rapid setting up the instrument (that will always be verified at the star test) provided of course, that the outgoing laser beam from the collimator, It is perfectly coaxial therewith.
If the collimator is not "collimated" , as the beam is not perfectly coaxial to the barrel that slides into the focuser, collimation that results may not be optimal, because the optics of the primary and the secondary will be perfectly orthogonal to each other, but not even with the eyepiece axis.

If the collimator is rotated around its own axis, while it is still entered in the focuser, you should look, that the bright dot, produced by laser beam, does not move. If this happens and describes a circle, It means that there is an angle between the axis of the collimator barrel and the axis of the laser beam, that must be eliminated through the 3 small screws adjustment (caution: often small screws of the housing is filled with silicone. If you have to act on them you need to be removed). 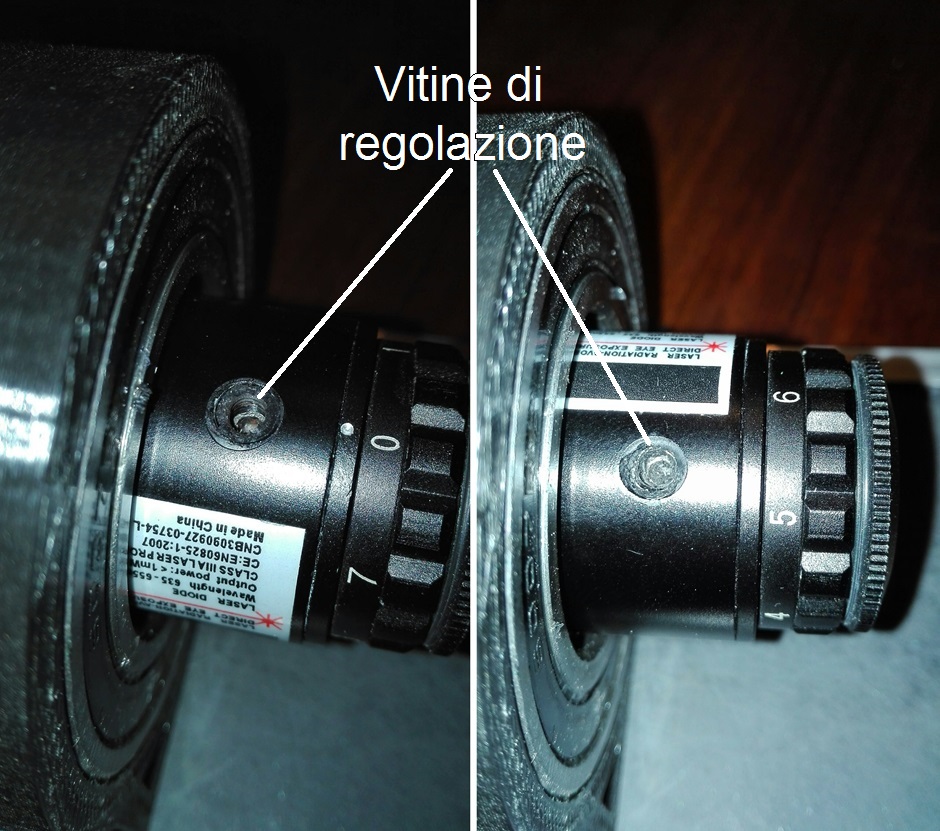 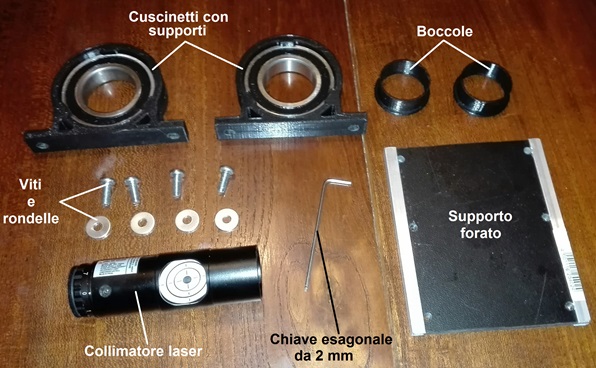 Once tucked the collimator in the bearings, fix the base of the device on a table, vice or any other support, so that the laser pointer can project its beam on the wall of a distant wall 4-5 meters.

In the following video shows the above, for groped to make it as understandable as possible the procedure to be performed: